AGED TO PERFECTION - General Admission This is a pay what you can event to benefit The Ghent Playhouse.

Ticket Price $1.00 This event is now over

This one day only event will have limited seating. To ensure a reservation, please follow the link to our ticketing site.  Type in your per ticket donation amount (Suggested Donation $28. More if you can, less if you can't) and enter the quantity.  As always, there are no ticketing fees for using our ticketing service.

Lisa Carman and Alaina Warren Zachary were part of the vibrant Columbia County creative community for many years until they both moved to Santa Fe, New Mexico in early 2000’s. Lisa currently resides in Montana and Alaina lives in Albuquerque.

​Lisa performed original songs and created the very popular Calamity Kids. She was a singing duo with Sally McCarthy. Alaina owned Pavanne Emporium on Main Street and performed at the Ghent Playhouse where she and Lisa met in a production of Gypsy in the 80’s. A life changing event for both.

Together they wrote Aged to Perfection, a funny musical revue and AIDS benefit, which sold out and had to be extended at the Ghent Playhouse.

​The duo are both multi-award winners: Lisa garnered 13 New Mexico Music Awards for her original songs and record producing and Alaina for her screenplay These Broken Wings and her sitcom pilot Crankey Village, NM. They BOTH have been performing professionals for more than 50 years.

​Lisa’s original music encompasses Americana/Roots Music and she continues to educate young folks online and at She Sings Studio. Lisa teaches songwriting courses online across the country. She has written, recorded and released many, many CD’s of her original music. She now works with spoken word healers to create New Thought Meditation pieces.(Lisacarman.com, shesingsstudio.com)

​Alaina had a Broadway career before moving to Columbia County. Since relocating to New Mexico,film and TV guest appearances include Better Call Saul, Roswell, Wander, and Half Brothers. She taught musical theatre at the Santa Fe University of Art and Design and performed on stages in Santa Fe and Albuquerque. Alaina currently is a comedy writer and her sketches appear in the LA-based live weekly show This Week This Week.(AlainaZ.com, CrankeyVillageTV.com)

​“At this precious time of life, we wanted to return to our adopted home and give one more performance of Aged to Perfection,” Alaina says.

​“I am so delighted to come ‘home’ to the stage at the Ghent Playhouse where so much creativity and warmth first came alive,” adds Lisa.

​The show will again include surprise guests, audience participation, give-aways, and major comic mayhem, all to benefit the Ghent Playhouse. 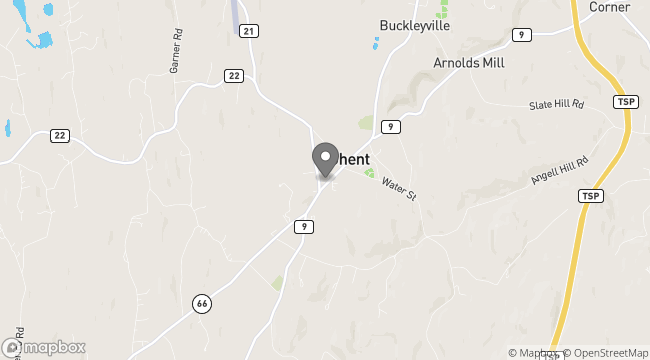 The Ghent Playhouse is a non-profit volunteer-run community theater. Now in its 47th year, the Ghent Playhouse is a fully functioning, handicap accessible, jewel of a theater in Ghent NY. The Theater is equipped with new comfortable seating, modern accessible restrooms, and air conditioning! The historic building also contains a set shop, dressing rooms, kitchenette, costume storage, and sophisticated lighting and sound systems. Drawing talent from all around the Hudson Valley and beyond, the playhouse now presents five diverse productions each year.