Doors open at 6:30pm and our early show starts at 7pm then we will have our LATE NIGHT ON A SCHOOL NIGHT show starting promptly at 9pm

Gather your squad for the Bear Cave Comedy show, as we turn Unbearable (attached to The Cruisery) into the speakeasy off State Street. Join our talented comedy troupe of talented misfits, with our Headliner and TikTok and Instagram Verified  Morgan Jay who is a Brazilian/Italian first generation American performer. With well over a decade of performance experience, his ability to improvise, make music, and do stand-up has delighted audiences all over the country. Morgan Jay is a 1st generation American performer based in Los Angeles.  With over a decade of experience and his ability to engage audiences, Morgan has managed to create a unique performance that touches comedy and music fans alike.

He's appeared on NBC, CBS, MTV, and Comedy Central.  He’s performed at numerous comedy festivals including the SF Sketchfest, Laughing Skull Comedy Fest and was a finalist at the 2019 Big Sky Comedy Fest.  Most recently he’s built a following on Tiktok where he’s amassed over half a million followers and garnered over 20 million views on his videos.  His comedy special, “I Hope My Ex Doesn’t See This” has over half a million views and is available to watch on Youtube!

Cayla Komarow uses her theater training, improv experience and writing talent to find the funny everywhere around her...even in her diagnosis of Crohn’s disease. As it turns out, everyone has a story about their colon!

Mack Beats - an 805 Local comedian who is a master chef and master comedian, Mack has been seen on Killer Bites as a host regular, Comedians in YOUR Kitchen, and has performed at Levity Live!

Kelsie Rae - another 805 local legend who has a poignant commentary on life and the realities of navigating it as a millennial.

Sam Bear continues to dazzle the audience with her quick wit and incredible audience engagement style, she is fresh off her southwest tour and recently was a semi finalist in both the San Diego Comedy Festival and the Laughs Unlimited Comedy Festival.

Buy your tickets early for a limited time surprise!

​*Tickets available at the door - but we anticipate this to be a sold out event! 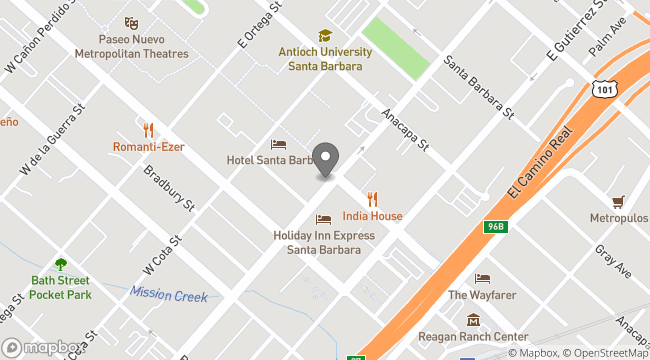 Samantha Bearman, more affectionately referred to as Sam Bear, hails from the riviera of the west coast, Santa Barbara, CA. She has traveled the world, competed for Jimmy Kimmels Funniest College Student in America, and was a semi-finalist in the 2019 Ventura Harbor Comedy Festival. She delivers her take on millennial dating, sex, family, how she can have a master's degree, professional career, and 3 side hustles and still not be able to afford sand on the beach; with a relatable quality that will make you feel she's your best friend keeping it 100. But please don't believe everything she says. www.sambearcomedy.weebly.com