When Jamie Campbell came to Tucson Fringe in 2019, his solo storytelling show, The Devil on the Wall was named the festival’s “Best Drama.” This year, he’s back, with a hilariously heartfelt comedy called Big Dad Energy.

In a show that combines stand-up, storytelling, and a touch of musical comedy, Campbell leaps into what it’s like to get married in your 40s and realize parenthood isn’t going to happen. Like a proud father, he discusses why he is impressed with the younger generation. He recalls the days when teachers were allowed to spank students, dishes on the time he took acid at Disney World, and reveals how to make women happy (hint: it’s pockets.)

“Tactically calculated jokes land with a precision that leaves you with a belly laugh long after the joke is over. Slick, polished, and professional, it sets the bar high.” - Luke Dodge, Kansas City Fringe reviewer

Artist Bio: Jamie Campbell is a nationally touring stand-up comedian, actor, and improviser. His debut album, Tell Me You’re Proud of Me, debuted at #1 on Amazon’s comedy charts. You may recognize him from his appearances on NBC's Chicago Fire or Pop TV's Hollywood Darlings. He has shared the stage or worked on projects with countless legendary names in entertainment including Hannibal Buress, Oscar Isaac, Chris Redd, Tech N9ne, Jake “The Snake” Roberts, and Dana Carvey. His solo show The Devil on the Wall was named "Best Drama" at Tucson Fringe in 2019, and he's excited to be returning this year. 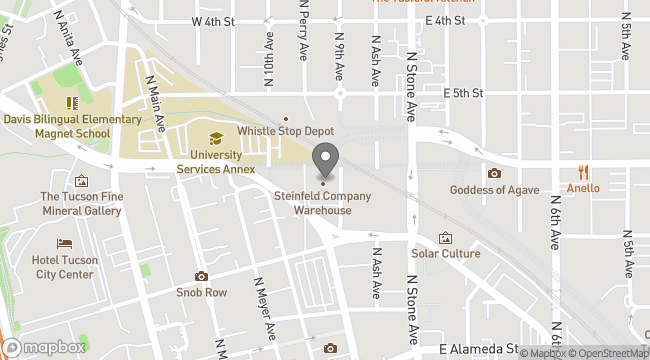 The Tucson Fringe Festival is an unjuried, uncensored performing arts festival. Following international fringe tenets, the festival provides artists with low-risk, low-cost opportunities to perform by using economies of scale to reduce venue rental costs and by taking 0% of the artist’s earnings. Additionally, the festival also provides the Tucson arts community with avant-garde, non-traditional performing arts at very low ticket prices. Finally, the festival does not curate or select the performances, maintaining an environment in which everyone and anyone can perform. This ensures that underrepresented artistic voices are championed in our community.