New year means new lineups and we're starting off with a banger! We're beyond excited to have Senneca Stone headlining our first 2023 show. As always, this show will be hosted by Matty Malloy and will also feature sets by Paige Polesnak and Stacey Fleurime. Tickets are $10 and happy hour specials will be available throughout the show. Doors open at 6:00pm and the show will start at 6:30pm. Please note, this show will take place on the patio at Bigham Tavern, which is covered and heated during the winter. Any questions or concerns, email TheMattyMalloy@gmail.com. 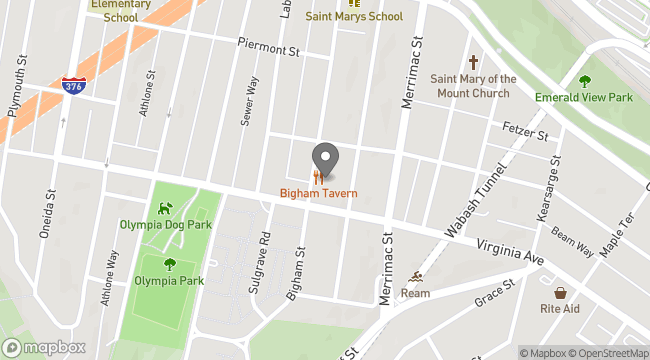 Matty Malloy is a Pittsburgh-based comedian and producer. From little church boy to adult homo, he aims to push the gay agenda through comedy. Matty has appeared at the Pittsburgh Improv, Arcade Comedy Theater, Thunderbird Music Hall, and Bottlerocket Social Hall, as well as Broadway Comedy Club (NYC). He hosts a weekly open mic and monthly showcase at Bigham Tavern and is also a member of Steel City Arts Foundation. Matty can be seen regularly on The Burgh Bus leading rides throughout Pittsburgh.