Orem High School is so excited to work with Broadway Benefit for a one-night concert featuring Casey Elliott (who if you haven't heard with the Gentleman's Trio Gentri, you may have seen as Jean Val Jean in Les Miserables, Peter in The Lamb of God, or Radames in Aidia).

He will be joined by:

Brad Lever, a member of the Gentleman's Trio Gentri and recently named by Utah Valley Magazine as one of Utah’s Fab40 Under 40, Bradley Quinn Lever’s powerful high tenor voice has been lauded by critics and audiences alike. Favorite theatrical roles include Enjorlas in Les Misérables, Tarzan in Disney’s Tarzan, and Joseph in Joseph and the Amazing Technicolor Dreamcoat. Bradley also appeared as the lead vocalist in the 2012 U.S. national tour of Michael McLean’s highly acclaimed show, The Forgotten Carols.

Amy Keeler, who we aren't convinced isn't actually a princess (She has played Cinderlla, Belle, and Ariel). She has performed as a vocalist and actress with Walt Disney in Hong Kong and Orlando, and is often seen at the Hale Center Theatre in Sandy. Some roles you may have seen her in are Cinderella (Cinderella), Marguerite (Scarlet Pimpernel), Amalia (She Loves Me), Mother (Ragtime), Millie (Thoroughly Modern Millie), Polly (Crazy for You), Belle (Beauty and the Beast), Jane (Jane Eyre), Sarah (Guys and Dolls), and Mabel (The Pirates of Penzance).

Jessica Hudson is also an actress you will see often at the HCT in Sandy. You may have seen her in The Light in the PiazzaI (Clara), The Secret Garden (Rose Lennox), Les Miserables (Cosette), Tale of Two Cities (Lucie Mannette), or Little Women (Meg/Clarissa).

Orem High is so excited to have these spectacular performances come to our space and perform here in Utah Valley for you!

Procedes from this fundraiser will be used to upgrade and purchase additional lighting in the Auditorium and Little Theater. 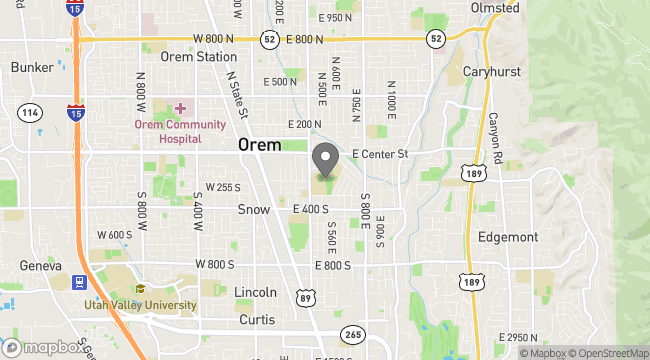 The OHS Performing Arts Department is proud to host a variety of programs that offer qualitative, standards-based artistic education to our student actors, singers, dancers, and musicians.

We believe art is a vital element of the human experience, and find joy every day in cultivating students to become lifelong artists who have the courage to connect, collaborate, and create. Thank you for your continuing support of our OHS students and programs--we hope you enjoy the show!