Known as Shelly Belly across social media, Michelle Rider began her comedy creating viral videos with millions of views, talking about her wild imaginary neighbors and telling Southern stories. Shelly is from a small country town in South Carolina that few have ever heard of. She is known for her ‘sweet tea’ like personality and Southern twang, relatable stories about married life, Southern living, and just talking about things you won’t, and might make you blush a little. Shelly has headlined at some of the largest comedy clubs in the US and is coming to a stage near you for a night of hilarious comedy you will not forget.

Michelle was discovered on social media by the producers of Studio Lambert and asked to feature on the Netflix reality show, The Circle – Season 3. Michelle instantly became the star of the show, as the Circle Mom, and stole the hearts of viewers with her humor, southern charm and witty personality.

Born and raised in Abbeville South Carolina, Jas has been blowing up the Greenville comedy scene for years. Her perspective on life as a single female who’s just trying to get her bills paid will Tickle your fancy and encourage you all to leave her some Tip money. All Jokes aside she truly feels as if she has a gift to make people happy and she just wants the opportunity to share it with the World. So Ketchup MUSTARDS.

Danny Whitson is a professional Magician, Stand-up Comedian, and Actor from Oak Ridge, TN with a passion for magic, comedy, and meeting new faces with every show. For the past 20 years Danny has been entertaining people with cards, coins, ropes, and anything else he can make disappear or crack a joke about. He has performed for celebrities, super bowl champions, and Grammy award winning artists. He also performs regularly at Harrah's Casinos and for companies such as Bush's Baked Bean's, Waste Connections, and AllMeds. Danny has even starred with Kevin McDonald from the hit comedy sketch show Kids In The Hall. You can catch Danny this summer on Amazon Prime in the Comedy horror movie WJHC-AM. He has been featured on Itunes, Spotify,  Mental Floss, the Chive, and Blank News Magazine as Knoxville's Magician. In 2015, Danny helped break and set a new record for the Guinness World Record for the longest comedy show. 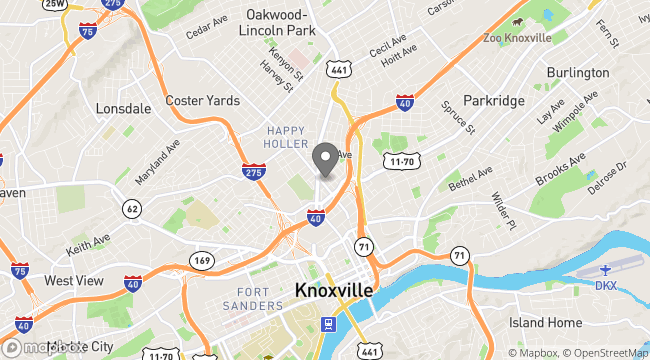 Barrelhouse by Gypsy Circus is a taproom and restaurant on Lamar Street in Old North Knoxville. Barrelhouse is the Southeast’s first exclusively wild yeast production facility for cider, and Tennessee's most awarded cidery