Back when he was a scumbag, Adam Pasi was banned from overseas military bases for five years for orchestrating a bomb threat.

Sixteen years later, the winner of this year's Funniest Five poll still looks like a guy who'd think a bomb threat was funny. He's downing a bloody mary, smoking a cigarette and waving his arms as he dances in his seat to Cascada's "Everytime We Touch."

Pasi, a large, 36-year-old half-Samoan man who lists his three dream jobs as "pro wrestler, rapper, comedian," says this at least a half-dozen times during the course of our conversation. When someone mistakes him for a bouncer, he just goes with it. When he clipped a cyclist with his truck, he yelled, "Watch where you're going!"

When he lived in Japan, he called in a bomb threat on the base where he worked during the holiday season. It halted all Christmas shopping. "I hated the people I worked for, so I wanted to figure out a way for them to lose the most money," he says. "That was bad, though. That was terrible."

For the past three years, he and six friends have had a roast going on a group text message that's "mostly body shaming." He told a vivid joke about catching his parents having sex because his brother was in the audience. In a roast-off with second-place Caitlin Weierhauser, they spent much of the set telling jokes about their dead siblings.

"I really do like dropping [my dead brother, who died in a car accident] on people just to fuck with them," he says. "I've gotten every tear from that, so I also want every laugh."

All his life, Pasi has had to get used to leaving people behind. Though he was born in Tacoma, he moved all over, changing schools every couple of years—threading through Vacaville, Calif., Staten Island, Germany and Japan.

"I've always relied on being funny. I'm a military brat. I moved every three years," he says. "Looking back, I was always the funny friend in the group."

Pasi has been in the Portland area since 2000. He lives in Gresham, down the street from his Seventh-day Adventist "Fox News-watching Samoan father" and "liberal white lady" mother. His parents won't come to his shows because he's not a Christian.

He didn't start doing comedy until 2011, and it wasn't until November 2012 that he started getting serious about it—when he started making himself do two open mics a week.

By April, he had become so addicted that he lost his job as a nursing assistant, which he'd had for 10 years.

"I'd be hung over from being at a mic all night," he says. "I already had like seven last warnings, and I was like, 'Just fire me, boss,' and she cried, and I'm holding her, and while she's sobbing into me she goes, 'But the comedy's going OK, right?'"

Pasi says that as a minority, he started getting booked relatively quickly, which made him self-conscious—especially after opening one show with some of the best comics in town, including our first Funniest Five winner, Amy Miller.

"I went first and had the best set I'd ever had," he says. "I got offstage, and then I watched everyone get up and actually kill, so I'm watching them, and I'm like, 'I've been playing comic—and those guys are actual comics.'"

Pasi then started running what he calls the worst show in Portland, at Chinese Village on Southeast 82nd, which is a "good place to get trashed and a horrible place for comedy." He also ran a terrible show at Bar of the Gods.

"I'd say half of them went tolerable, which is really generous to me. Most of them were just death," he says. "I don't think anyone's eaten more dick in this room than I have."

But in 2014, he came in second in Helium's annual contest on the strength of a set that included a joke about how to look manly while giving a blow job.

Though Pasi isn't gay, he made politically correct gay jokes his bread and butter for a while, largely inspired by his collection of friends, whom he describes as a "small lesbian army."

Pasi says he used to be able to do an entire set of "bro'd-out gay jokes." One year it was, "I'd be cool having a gay son as long as he was on top."

This year's favorite was inspired by a Twitter fight: "Kanye is probably of the mindset that if a dude participates in ass play it puts manhood in question, but for me, what brings manhood in question is, 'Are you going to let people tell you what to do with your asshole?'"

But when he started getting 15- or 20-minute sets, Pasi says, he was forced to find new material.

Now, Pasi just likes messing with the audience. He doesn't want jokes that are overtly political because he doesn't want "clapter"—applause instead of laughter.

"I have been cranking out a lot of 'Kill Whitey,' and that's 100 percent brought on by 'Fuck these people,' and my mom's white, so I feel comfortable saying most marginalizing things about my race. I'm very aware that I can get away with it," he says. "It's not like I'm an edgy badass, but I'm a rascal, and if you give me an advantage, I'm going to take it."

One of Pasi's favorite jokes is about hooking up with a Samoan woman and seeing her wear his shirt afterward.

"I get that sexual visual and a good image of how I look in that shirt," he says.

When someone is offended, he calls them out, saying, "You do realize you're body shaming me, right?"

Even Pasi's Trump joke is meant to be a self-reflexive explosion of realization.

He talks about how all his friends hate the people moving here, with their funny accents and tan skin.

"We're such a liberal town that hates xenophobia, but if you're not from here, get the fuck out," Pasi says. "Portland: forever working hard for white diversity."

Though Pasi doesn't care about people moving here, he's been thinking about bouncing to Los Angeles.

"I've moved around all my life, and I'm starting the get the itch," he says.

He also wants to try acting. He has small parts in the new Elijah Wood movie filming in Portland, as well as a popular, Portland-themed TV show he's not allowed to talk about.

"If they don't cut my parts out," he says, "I want to make a YouTube video of me watching myself and flipping out over it."

In addition to headlining our Funniest Five Showcase on Monday, Adam Pasi hosts Funny Humans vs. the Wheel at Helium Comedy Club, 1510 SE 9th Ave., every other month on a Wednesday. Also see him on the debut episode of JoAnn Schinderle's Control Yourself podcast, out now. 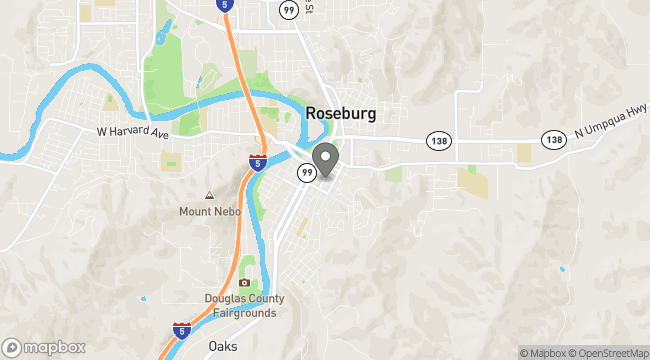 The Sunnyside Theatre is located in the historic 1909 masonic lodge and features the oldest bar top on the west coast.  The main bar is made up of three hand carved, mid-18th century square grand pianos that are unlike any bar you've ever seen and older then the statue of liberty.  With 1920's upright piano tables framing the original red brick wall, it gives off a rustic ambience that is truly one of a kind.   Brass trumpets, french horns, saxophones and trombones are suspended from the ceiling as light fixtures along with other refurbished instrument decor.  The rustic timber adds a warm touch to the art deco atmosphere, adding unforgettable elements to any performance.

We are artists of humanity, and masterpieces in our own right.  Our art isn’t limited to the classes we take, but rather who they can help us become.  Confidence, happiness, bravery, and creativity are our focus, and we are pleased to invite you on our journey on The SunnySide of life.