Doing it for Davo | 'Banding' Together

Banding Together to support our friend Davo!

Kedron-Wavell is pleased to present ‘Doing it for Davo | Banding Together.’

Davo has been a part of the Kedron-Wavell family for as long as we can remember, so pop on down to the club on the 27th August to show your support for Davo and his road to recovery!

All proceeds from ticket sales will be donated directly to Davo’s family.

Some of Australia’s leading tribute bands are going to be putting on a stellar night of entertainment for you! The show will feature acts from:

Price does not include processing fee.

Read more here about the acts

A salute to Roy Orbison is a show that takes the audience on a journey through the best known and loved songs of Roy Orbison such as Lana, Crying, Only the Lonely, Communication Breakdown, Running Scared, Pretty Woman etc,.

The show stars Mike Winkworth who has an amazing vocal range and an uncanny ability to recreate the sound, the feel and the emotion of Roy Orbinson.  So sit back  and relax and enjoy this great show.

The Beatlegs are the ultimate Beatles tribute show who have been keeping the magic of The Beatles alive since 2008. They have been exciting audiences from across the country by reproducing the iconic sound and look of the Fab Four. With multiple costume changes, superb harmonies and music, The Beatlegs will have you dancing in the aisles and reminiscing as they play hit after hit of those memorable Beatle classics.

Taking you on a journey through the eight year height of the Beatles fame, The Beatlegs begin with that innocent age of the Beatles when Beatlemania was at its peak, and those slick suits and haircuts were as iconic as the music. They will then transform through the iconic Shea Stadium concert and onto that magical mystery era of Sgt Peppers. Then onto the Let it Be and Abbey Road days, with a grand finale of the Roof Top concert.

The Beatlegs show is not just a tribute to the greatest rock'n roll band of our time. It's also a trip through time, a nostalgic portal back to a time of innocence. It's a show that appeals to young and old alike. So come together and celebrate the greatest rock phenomenon the world has ever seen and the sounds of some of the greatest songs  ever written.

The UK Bee Geez are the most realistic tribute to the Bee Gees that you will ever see or hear. Formed in England back in early 2000, the band has wowed audiences all over the globe, performing in countries such as the UK, India, South Africa, Canada, New Zealand, Australia and all over Europe.

They have also appeared alongside world famous acts such as The Village People, The Supremes, The Temptations, Leo Sayer, John Paul Young and Marcia Hines...just to name a few.

Now based on the spectacular Gold Coast, the guys guarantee to take you on an unforgettable trip down memory lane in this spectacular 2-hour family show, performing all the classic Bee Gees hits from their 4 decades at the top of the pop charts. 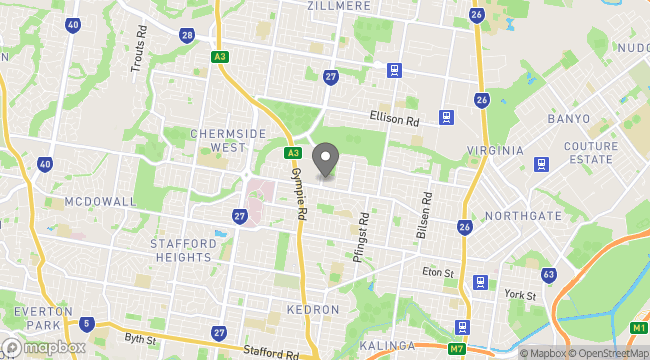 With a cosmopolitan atmosphere and elegant features, Kedron-Wavell is the perfect place to meet your family and friends… or meet new friends! We’re easy to ﬁnd and offer free off-street parking for members and guests.