Free The Night- Conference and Fundraising

Northern Irish nightlife advocacy group Free The Night have announced their first fundraiser event, with performances by some of Northern Ireland’s most prominent names in electronic music, plus a series of opening talks, followed by a Q&A session by the Free The Night team.

Free the Night is a non-profit organisation advocating for a progressive, creative night time economy that allows dancefloor culture and late night industries to thrive. The event serves to shine a light on the work the group have been doing since its launch last June, initially launching as a response to a lack of progression with recent changes to alcohol and entertainment licensing.

Opening talks kick off at 5pm, with Dylan Murphy (District Mag) hosting a series of short discussions on the future of nightlife in Northern Ireland and the issues faced within the creative night time economy, including inadequate public and private transport at night, regressive licensing laws and lack of creative venue spaces. Speakers include Free The Night founders Holly Lester and Boyd Sleator, Free The Night lead researcher Ciara Power (QUB) and Irish DJ Sunil Sharpe, founder of sibling nightlife advocacy organisation Give Us The Night in the Republic of Ireland.

Talks will be followed by a Q+A, with time for the audience to speak with Free the Night about any issues they are currently facing as workers or users of nightlife in Northern Ireland. There will also be a chance to discuss volunteering opportunities within the team. 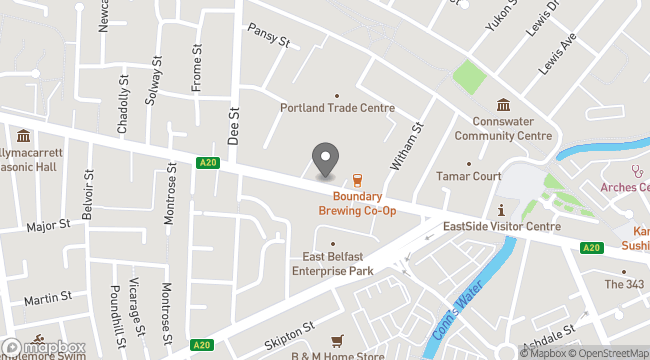 Banana Block is a new living museum and events space set within a historic linen mill and inspired by the curious connections between Belfast and bananas. Peel the banana a little further and you’ll find a space for original ideas, creative learning and new connections. A space for celebrating eccentric histories and creating incredible futures.