I Dreamed a Dreamgirl - Exclusive After Party with Lexis & Friends now included!

BLAKE McIVER and EMERSON COLLINS starred together in four seasons of BRAVO’s hit social series The People’s Couch and now they hit the stage together in a live show FOR THE FIRST TIME!

I DREAMED A DREAMGIRL is a two-man tour de force as they tell the stories of their relationship and careers through showtunes, duets, Disney favs (and deep cuts), mashups and medleys that (probably) shouldn’t exist combining theatre, cabaret and pop.  It may not all make sense…but it will be fun!

Between them, Emerson and Blake have performed, produced, hosted and won awards in studio and independent film, network and cable television, national tours, radio, studio recording, soundtracks, countless benefits and every kind of theatre!

Blake has three decades of entertainment experience (and wears it wearily well) from winning Junior Vocalist Champion on Star Search, the US Premiere production of Ragtime and of course The Little Rascals and Full House.  Emerson was featured in RENT: LIVE on FOX, the first regional premiere of Buyer & Cellar and produced and starred in Southern Baptist Sissies, A Very Sordid Wedding and LOGO’s Sordid Lives: The Series.

Blake McIver has been performing since the age of six when he won Star Search as Junior Vocalist Champion and he has been working as a professional singer, actor and entertainer ever since in film, television and theatre.  His film work began with a breakout performance as “Waldo” in The Little Rascals. In TV, he starred as a series regular for three seasons as “Derek” on Full House and went on to guest star on The Drew Carey Show, Clueless, Home Improvement and The Nanny.

Blake played “Edgar” in the United States Premiere of the musical Ragtime with original production team Steven Flaherty, Lynn Ahrens and Terrence McNally.  He was the youngest person ever nominated for a Los Angeles Stage Alliance Ovation Award. Other theatre highlights include “Freddie” in Chess, “Fabrizio” in The Light In The Piazza, “Radames” in AIDA and “Link” in Hairspray.

Blake has also worked extensively in voiceover and animation including Tarzan, The Little Mermaid II, Anastasia, Recess, and as the beloved “Eugene” on Hey Arnold.  Blake released a solo album The Time Manipulator and his music has been on film soundtracks included A Very Sordid Wedding, Hurricane Bianca and End of the Spear. Blake has taught voice for nearly 20 years and worked extensively as session vocalist, backup singer and featured soloist for recording artists such as Michael Jackson, David Foster, Natalie Cole, Phil Collins and Barry Manilow.

Emerson Collins is a producer, director, writer and actor best known for appearing in RENT on FOX as Steve, singing “Will I?” in the AIDS support group. He produced and starred in Del Shores’ Sordid Lives sequel, A Very Sordid Wedding, LOGO’s Sordid Lives: The Series and the film adaptation of Southern Baptist Sissies, winning Best Actor in a Feature Film from the Red Dirt International Film Festival. He also produced Blues For Willadean, starring Beth Grant and Octavia Spencer.

Emerson assistant directed and starred in the world premiere stage adaption of A Very Sordid Wedding. He produced the world premiere of Del Shores’ play Yellow, winner of the LA Drama Critic’s Circle Award for Best Production, the LA premiere of This Side of Crazy, and a national tour of Sordid Lives and Southern Baptist Sissies. He directed and produced Del Shores’ one-man play Six Characters In Search of a Play on stage and film. Emerson won the Desert Theatre League Award for Best Actor in a Comedy for the Regional Theatre Premiere of Buyer & Cellar. He appeared in the world premiere productions of The $5 Shakespeare Company and The Boomerang Effect.

Emerson was named one of the OUT 100, wrote for the Dallas Voice and hosted “The Del & Emerson Show” for three years on LGBTQ issues as UBN Radio’s number one ranked live show. Emerson serves as the Program Director for the Del Shores Foundation, teaches film and theatre workshops and has appeared at more than 60 film festivals speaking on LGBTQ+ representation and religion and sexuality in media.

JUST ADDED - EXCLUSIVE AFTER PARTY ONLY FOR I DREAMED A DREAMGIRL TICKET HOLDERS! "LIP SERVICE" DRAG SHOW FEATURING LEXIS & FRIENDS!  After the performance of I Dreamed A Dreamgirl, join us for a special after party drag show featuring dynamic performances by your coastal favorites, Alexa Avery, Kitty Woods and Sonika Boom. Hosted by your favorite dynamic duo IVY DRIPP and LEXIS REDD D'VILLE!! This show is recommended for mature audiences only. 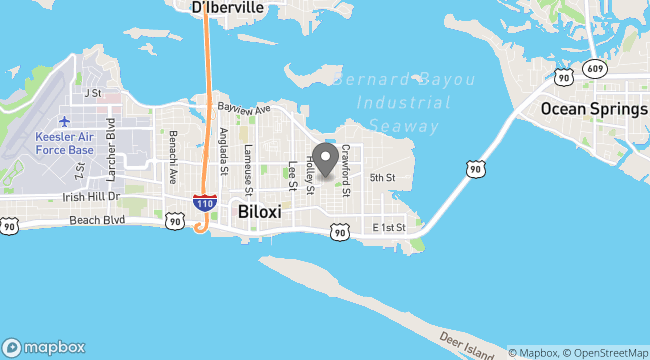