"I'll Have What She's Having": The Jewish Deli exhibition at New York Historical Society

This fall, New-York Historical Society presents “I’ll Have What She’s Having”: The Jewish Deli, a fascinating exploration of the rich history of the Jewish immigrant experience that made the delicatessen so integral to New York culture. On view November 11, 2022 – April 2, 2023, the exhibition, organized by the Skirball Cultural Center in Los Angeles, where it is on view through September 18, examines how Jewish immigrants, mostly from Central and Eastern Europe, imported and adapted traditions to create a cuisine that became a cornerstone of popular culture with worldwide influence. The exhibition explores the food of immigrants; the heyday of the deli in the interwar period; delis in the New York Theater District; stories of Holocaust survivors and war refugees who found community in delis; the shifting and shrinking landscapes of delis across the country; and delis in popular culture. On display are neon signs, menus, advertisements, and deli workers’ uniforms alongside film clips and video documentaries. New-York Historical’s expanded presentation includes additional artwork, artifacts, photographs of local establishments, and objects from deli owners, as well as costumes from The Marvelous Mrs. Maisel, a mouthwatering interactive, and a Bloomberg Connects audio tour.

You may request a refund up to 5 days before a class/event. All requests must be in writing to events@crsnyc.org. 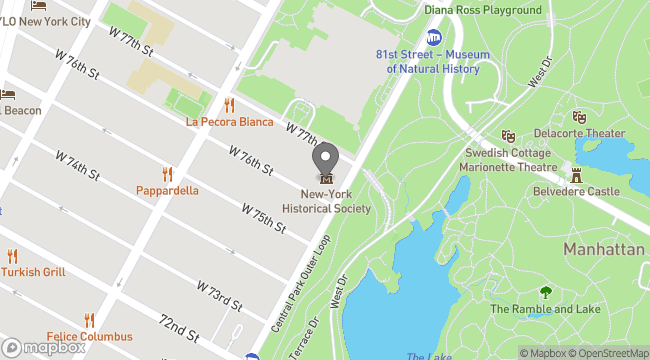