MUSIC FOR WARMTH: A Fundraiser for the North Hastings Community Trust @ The BVP

Four incredible local acts join together with the Village Playhouse to present MUSIC FOR WARMTH: A Fundraiser for the Community Trust and Bancroft Wood Share. This special one night only event will feature Albert John Saxby, Bucket of Shrimp Ears, The Salt Cellars, and Bravery Shakes joining forces on the Playhouse Stage to support this amazing cause and fill us all with light, love and music! Sure to be a popular ticket, book early to avoid disappointment. This show is a PAY WHAT YOU CAN event with a suggested ticket price of $25.00.

Albert John Saxby has been a musician for forty plus years, starting out in the seventies as the drummer and founding member of the infamous Toronto band (apocalyptic country trash monsters) the Absolute Whores, then in later years singer/ songwriter for Bucket of Shrimp Ears and Raven Mad Crow Society. Albert taught himself to play both the drums and guitar, the latter leading to his passion for song writing, influenced by Max Webster, the Beatles and John Prine. With thousands of gigs under his belt and a repertoire of over one hundred, sometimes humourous, sometimes gritty and dark, but always thought provoking songs, Albert has gained the respect of both his audience and his peers. Expect everything from folk, roots, blues, country and everything in between.

The Salt Cellars are an independent band who hail from the south side of Algonquin Park. They are a product of their many influences and blend the sounds of Folk, Americana, Blues, Jazz and Pop to create a sound that is uniquely their own. Virginia deCarle and Rob Bersan are the singer/songwriter foundation and in 2016 they formed the duo, 'The Salt Cellars'. After decades of writing individually they brought their lyrics and music to each other and began writing collaboratively. They have played in many venues in different parts of Ontario (Rob has also played in Sweden), getting great feedback from audiences who attend their shows. People love their tight harmonies, skilled musicianship and energy.

The Bravery Shakes are made up of Peterborough's best and most dedicated musicians. This core group of five has been playing gigs across the city for years, and are excited to bring their talents to the Bancroft stage. 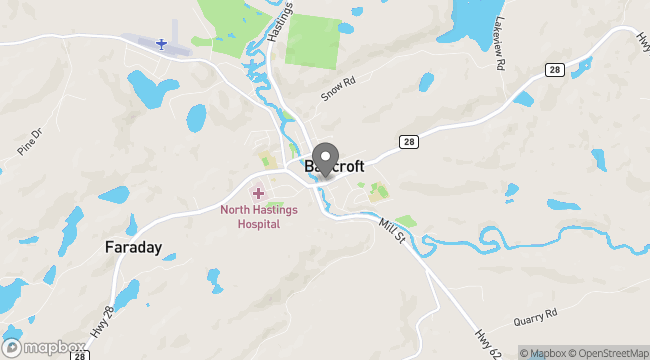