Join BSWPA for the blues music event of the year!  Tickets include top-notch entertainment from two acts, a delicious buffet dinner, 4 hours open bar, and a midnight buffet with a champagne toast to ring in 2023!

Tickets for this event are non-refundable.

Seating for this event is on a first come, first served basis on the night of the event. Groups of 6 or more may reserve tables by contacting the event organizer at 724-888-6183 or webmaster@bswpa.org.  You must buy your tickets at the same time using the group rate to reserve a table.

Rooms for this event must be booked separately before December 16 at the Doubletree Hotel at the 'NYE' rate of $109.  Connect to the Doubletree website at https://www.hilton.com/en/hotels/pitardt-doubletree-pittsburgh-airport/ or call 412-329-1400.  Please call the hotel directly to reserve your room.   Book early to secure your room at these bargain rates!  ROOM RESERVATIONS MUST BE MADE BY DECEMBER 16 to guarantee this rate.

Guitar hero Nick Moss paid his dues gigging in the city’s blues clubs under the tutelage of some of the city’s greatest blues luminaries. His fiery fretwork, gruff, soul-charged vocals and memorable original songs place him in a league of his own. New Jersey’s Dennis Gruenling is considered among today’s best blues harmonica players. His high-energy, full-throttle playing has earned him comparisons to the late James Cotton. Living Blues says, “Nick Moss's muscular, electric energy combines jaw-dropping guitar, gruff, soulful vocals and impassioned songwriting. Gruenling is a contemporary harmonica master...impressive, genuine and fresh-sounding.”

Although Moss and Gruenling had known each other for 20 years and had jammed together often, it wasn’t until 2016 that they decided to team up full time. Moss’ expressive and expansive blues guitar playing flawlessly meshes with Gruenling’s monster harmonica chops. On stage, the two communicate seemingly telepathically, as Moss lays down the deepest blues licks and Gruenling’s harmonica wails and howls in perfect response, with Moss’ top-notch band completing the ensemble with their energy and expertise.

Growing up in Chicago and standing tall at 6’2”, Moss dreamed of playing both music and sports. His mother was a huge blues fan, even taking a young Nick to see Muddy Waters live in concert. Kidney surgery sidelined his athletic hopes. To lift his spirits, Nick’s brother snuck the 18-year-old Nick out of the hospital soon after his surgery and took him across the street to see Alligator artists Little Charlie & The Nightcats perform. It was there and then that Nick dove headfirst into the blues, deciding that a career as bluesman was for him.

Originally a bass player, Moss got his first professional break touring and playing with legendary West Side Chicago guitarist Jimmy “Fast Fingers” Dawkins. He next toured with Willie “Big Eyes” Smith (longtime Muddy Waters’ drummer), leader of the Legendary Blues Band. Finding himself in need of a guitarist, Smith insisted Moss switch instruments. Combining his natural talent with non-stop woodshedding and playing every jam session, Moss quickly became one of the city’s most highly sought-after players. Bluesman Jimmy Rogers (famous for his pioneering guitar work with Muddy Waters and for his solo hit Walking By Myself) hired Moss to join his touring band and became his mentor. Moss’ other influences include B.B. King, Freddie King, Earl Hooker, Magic Slim and other groundbreaking players.

Moss formed his own band in 1997 and released the first of his 13 albums a year later on his own independent Blue Bella label. Since then he’s earned legions of fans around the world, playing over 100 shows a year. Moss has shared stages with Buddy Guy, Kenny Wayne Shepherd, Gary Clark, Jr., David Hidalgo and many others, and is an in-demand guest, always welcome to sit in with his musician friends around the world.

As a teen, Gruenling heard the Alligator recording Harp Attack! (a summit meeting of James Cotton, Junior Wells, Carey Bell and Billy Branch) and decided that blues harmonica was his life’s calling. In addition to Cotton, Gruenling was inspired by blues harp masters Little Walter and George “Harmonica” Smith as well as by saxophonists, including Lester Young and Red Prysock. A self-taught player and a natural entertainer with nine albums to his credit, Gruenling’s giant, fat-toned harp work, raw-boned singing and untamed energy are a perfect foil for Moss’ hair-raising guitar playing and straight-from-the-shoulder blues vocals.

With their recent release Lucky Guy! and upcoming North American and European tours in the works, The Nick Moss Band Featuring Dennis Gruenling will prove it’s not luck but talent that earns them standing ovations night after night as they barnstorm clubs, concert halls, roadhouses and festival stages. “When the band and I get on stage,” says Moss, “the music takes over. We can’t hold back and the energy just comes pouring out. We get carried away and the audience gets carried away with us.” And once that happens, everyone is in luck.

As Pittsburgh's "Lady Of The Blues," Miss Freddye keeps the blues alive in her hometown. Miss Freddye began singing in church at a young age. The influences of church and her mother's love of blues music, gave Miss Freddye the foundation to venture in the world of blues music in 1996. She joined BMW(Blues Music Works) under the direction Of "Big" Al Leavitt.

Her charity works include: Relay for Life American Cancer Society, Pink Day in Leechburg, PA for Breast Cancer Research Foundation, Sean Carney's Blues For A Cure, Local VFWs and American Legions, Toys for tots, homeless veterans, Band Together Pittsburgh, and Sing to Stop domestic violence.   In 2014, Miss Freddye was awarded the Star Award from the Pittsburgh VA Medical Center for her work with veterans.  She was awarded the 2015 Freedom From Silence Award from the Center For Victims.

Miss Freddye has won in the Iron City Rocks Awards for Best Blues Band in 2016, 2017, and 2019. Her self-released CD, "Lady Of The Blues" won for Best Album in 2017..  In 2018, Miss Freddye was nominated for two Blues Foundation Awards, one for Best Emerging Artist CD and The Koko Taylor Traditional Blues Female.  She has won past blues competitions; 2008 West Virginia Blues Society for Best Blues and 2012 Blues Society Of Western PA Best Duo/Solo Act.

Her latest single, “Something To Believe In”  is from her forthcoming gospel/roots release, scheduled for 2022 release.

How late can I order a ticket?

Because the hotel needs to plan for the number of attendees, tickets must be bought by December 26 @ 11:59pm

How late can I book a room?

The Doubletree requires all room reservations to be made by December 16 or until the room block is sold out.  Please book early to secure your room at the $109 rate!  Rooms must be booked directly with the hotel(s), BSWPA is not responsible for rooms or hotel policies.

Are there ID requirements or an age limit to enter the event?

Can I reserve a seat so I can sit in the front?

Only groups of 4 or more may reserve a table by contacting the event organizer directly at 724-888-6183 or webmaster@bswpa.org.  Groups requesting a reservation must buy all their tickets at the same time under the group rate.  Other seating is on a first-come, first served basis on the night of the event.  If you want to sit in the front, it is suggested you arrive and check in early on the night of the event so you have access to your favorite tables.  Several smaller tables will be added to the floor plan this year to accommodate different sized groups and provide more seating areas near the stage.  In addition, to better serve our needs, both the dinner and midnight buffets and the bar service will be placed in the well-appointed foyer to provide easy access to everyone.

Can I pay by check or cash?

Although on-line registration through Eventbrite is preferred to facilitate recordkeeping and payment, you can mail your registration and payment to BSWPA NYE 2022 c/o Cyndi Fink, 123 Greenlea Dr, Coraopolis, PA 15108.  Cash payments can be made at any BSWPA event to one of the BSWPA board members.  Please include your phone number and email address with your check.

What can/can't I bring to the event?

Alcohol will be provided by the hotel at the event, including a 4 hour open bar.  Per PA State law, the hotel does not permit bringing alcohol from off-premises.

Where can I contact the organizer with any questions?

Is my registration/ticket transferrable?

Yes, if you are unable to attend, you may transfer your ticket(s).  Please contact BSWPA at 724-888-6183 or webmaster@bswpa.org if you need to do this so we can update registration information.  BSWPA can not assist with finding a new buyer for your tickets.

Can I update my registration information?

Yes, please contact BSWPA at 724-888-6183 or webmaster@bswpa.org to update your ticket registration information.

Do I have to bring my printed ticket to the event?

An attendee list will be available upon check-in, but bringing your printed ticket will facilitate checking in.

There will be no refunds for this event.  If you wish to cancel your hotel room, please contact the hotel for details.

Why do I have to pay a fee on top of the ticket price?

The ticket processing service charges a service fee for using their event planning software, processing credit cards, and transferring payments.  The additional fee on each ticket pay for these services and go directly to the service.  These fees are not retained by the BSWPA.

Where can I park for the event?

The hotel property has plenty of on-site, free parking. 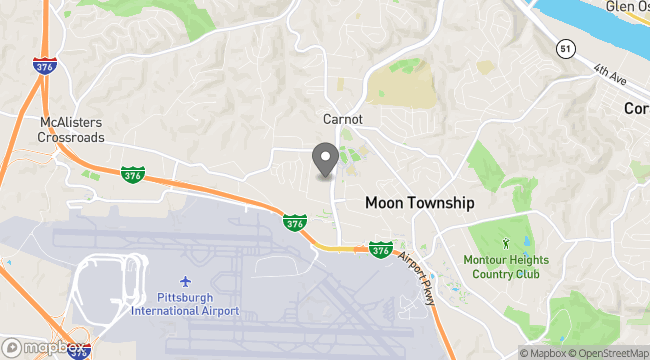 The Blues Society of Western Pennsylvania (BSWPA) is charitable organization serving the local community while preserving and promoting the appreciation and enhancement of Blues Music. Through our musical performance fund raising events we support a variety of local and regional charities, including the Greater Pittsburgh Food Bank, The Wounded Warriors Project, Blues in the Schools, and Blues is a Healer Tour for local veterans.

If you are interested in helping us serve the community while keeping the blues alive in our region, please join the Blues Society of Western Pennsylvania or make a donation. Your contribution to our fundraising efforts will help us accomplish our mission, serve our community and preserve for generations to come that unique, American music known as “The Blues.” The Blues Community thanks you for your support.

The Blues Society of Western Pennsylvania (BSWPA) is a 501(c)(3) nonprofit corporation registered in the state of Pennsylvania. Contributions are tax deductible to the full extent of the law.