One Day of Service

Despite the information above there are 2 locations! Please refer to your ticket info!

Units, Scouts, & Arrowmen! As we all know, doing service projects together is one way that Scouts keep their promise “to do a good turn daily.” While a Scout should do his best to help other people every day, a group service project is a bigger way to help people. While you’re giving service, you’re learning to work together with others to do something that’s good for your community. Join us this April in completing the annual One Day of Service where we get our amazing campsites ready for campouts and other activities that our Units have throughout the year! Each site will have a team of Arrowmen assisting local troops. Lunch will be provided to each scout. Units will gather back for an evening program and an OA Callout Ceremony at 7 pm at Camp Illinek. This event is open to ALL SCOUTS and is FREE! Dinner before the Callout is $12 @ Camp Illinek.

(You can pay for dinner either at the event or online when you register if you wish to pay at the event email shane@rlvollintine.com with the number of people that will be attending dinner) 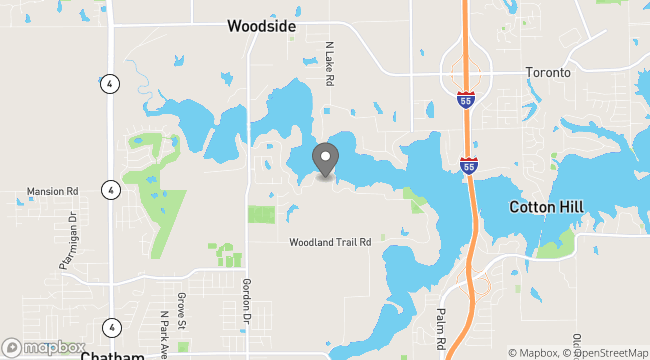 Illinek Lodge 132, is one of the oldest Order of the Arrow lodges continuously chartered by the Boy Scouts of America. The lodge was originally chartered on August 20, 1938, in Abraham Lincoln Council, Springfield, Illinois. At the time of the founding of Illinek Lodge, the Order of the Arrow was still an experimental program of the BSA. Several “honor camper/honor scout” societies existed. Many were local to one or two councils and a few like the Order of the Arrow were gaining wider acceptance. During the earliest years, Illinek Lodge was signified by a Blackhawk totem. This was soon replaced by the Cardinal which has remained through to today. The origins of the name “Illinek” can be traced to the Algonquin Confederacy of our area; a word meaning “men”. Camp Illinek was founded in the late 1930s on land along the shores of what was then the new Lake Springfield. Our lodge, therefore, took its name from Camp Illinek. Prior to that time, our council met each summer for camp at a property known as Camp Sangamo. During those years, a local Scouting society was formed called the Tribe of Sangamo. Little is known of this society, with only scant references found in period publications. In these early years, our lodge played an active role in the growth of the Order of the Arrow. In 1945, William E. Hoffman became our Supreme Chief of the Fire and concurrently was very active at the National Lodge level. Lodge members of Illinek were chosen to perform the Ordeal ceremony in demonstration at early National Lodge gatherings. By 1948 the BSA had formally recognized the Order of the Arrow as its official honor campers society. During this period, Illinek Lodge served at least once as the “host service lodge” for the National Lodge gathering (what has today become the National Order of the Arrow Conference). Our history is rich in service to Scouting and our community