Join us for our annual Inspiring Women of CRS celebration! This year we honor congregants dedicating their voices, wisdom, and energy to battle Jew hate in the media, on the college campus, and across our society.

To learn more, go to our CRS Resources Page on antisemitism

This year's honorees include:

Prior to joining G/O, Kai served as Acting Commissioner and First Deputy Commissioner of the Mayor’s Office of Media Entertainment where she oversaw NYC Media, the country’s largest municipal broadcast network, and the regulation of all film and television production in NYC. In addition to her role as a C-Suite executive, Kai teaches media law at Columbia Law School where she originated and teaches the country’s first course on the Law & Regulation of Social Media. Earlier in her career she served in senior legal roles at several media companies including Forbes and NBC. She was the President of The Jewish Week Media Group and currently serves as a board member for a number of organizations including the Manhattan Chamber of Commerce, the Gotham Institute for Film & Media, 70 Faces Media and the NFT platform known as Voice.

Kai began her legal career at Wachtell Lipton Rosen & Katz. She is a graduate of Dartmouth College and Columbia Law School, where she was a Kent Scholar and Senior Editor of the Law Review. She lives in Manhattan with her husband and their two children.

Anne Epstein is a senior at Northwestern University majoring in Journalism with minors in Psychology and Jewish Studies. She’s currently finishing up her term as Co-President of Northwestern Hillel. Annie attended RSS since preschool, worked with the Rodeph Sholom Theater Company, and served as Youth Group Board President.

Debora Lehrer Laulicht serves as the Vice President, Brand & Marketing at ADL (the Anti-Defamation League). In her role, she is responsible for creating awareness of and engagement with ADL and its brand through impactful integrated campaigns and events. Her team works to tell ADL’s story and address its mission, "to stop the defamation of the Jewish people and secure justice and fair treatment to all," in addition to managing direct response marketing efforts and all engagements within the sports and entertainment industries.

Debora joined ADL in August 2017, as a consultant, program manager following a career in the sports industry. Prior to ADL, Debora's experience includes leading marketing efforts for the 2017 World Baseball Classic during her second stint at Major League Baseball, being Director of Marketing for Thuzio, an influencer marketing and sports events company, and serving as Manager of Communications and Digital Marketing for the NY/NJ Super Bowl Host Committee.

Debora has a BA in History and minor in Jewish Studies from Dartmouth College and an MBA from Harvard Business School. She lives on the UWS with her husband Bryan and daughters Jamie (RSS '34) and Rory. Aside from her family and friends, she loves the Yankees, dumplings, pizza and puns. 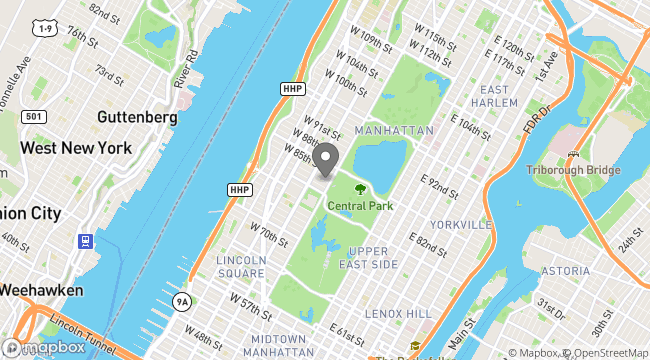