What is Americana music? In recent years the label has become something of a catch-all phrase for multiple genre’s of music that don’t fit neatly in any one category. Think of it as some version of a mash-up with real deal country, blues, western swing, folk, rockabilly, honky tonk, rock, bluegrass and, probably, every other genre of music!

ACT ONE
Opening the show will be a once-in-a-lifetime collaboration between legendary steel guitar titan, Bobby Black, and the husband and wife team of Jim and Morning Nichols. She, a first rate jazz singer and he, one of the finest finger-style guitarists in the country, possibly the world. (Just ask his fan Tommy Emmanuel!) And, of course, Bobby is well known to fans of Asleep at the Wheel or Commander Cody’s Lost Planet Airmen or the myrid other groups he has performed with over the years.

ACT TWO
One of Americana Music’s  greatest artists, Maria Muldaur is best known world-wide for her 1974 mega-hit “Midnight at the Oasis,” which received several Grammy nominations, and enshrined her forever in the hearts of Baby Boomers everywhere; but despite her considerable pop music success, her 56-plus year career could best be described as a long and adventurous odyssey through the various forms of American Roots Music, including Gospel, R&B, Jazz and Big Band (not to mention several award-winning children’s albums). She has now settled comfortably into her favorite idiom, the Blues.

ACT ONE
Kicks off with the East bay’s purveyors of modern honky-tonk, Crying Time! The band’s knack for writing songs that sound timeless, as well as bringing back some country gems in an entirely new way, makes for a slew of first rate literate dance music. Plus, they’re a whole lotta fun!

Mid-set of the night will be Sonoma countys own, Familiar Strangers, playing some Bob Wills-inspired dance music laced with the occasional tear-jerkin’, heart-breakin’ ballad to massage what hurts. The band features Western Swing Hall of Fame members, Candy Girard (fiddle) and Sean Allen and much in demand side man, Dave Zirbel. Watch out when these three hit their groove!

ACT TWO
Rounding out the evening will be a set by west coast country swing favorites, The Carolyn Sills Combo! This band has been consistently generating excitement for audiences since first appearing on the live music scene ten years ago. Rich with originals, and note worthy covers, the band’s infectious enthusiasm gets audiences on their feet dancing and moving to their sounds. They will leave you smiling and with a new appreciation for modern western swing music. Don’t miss ‘em! 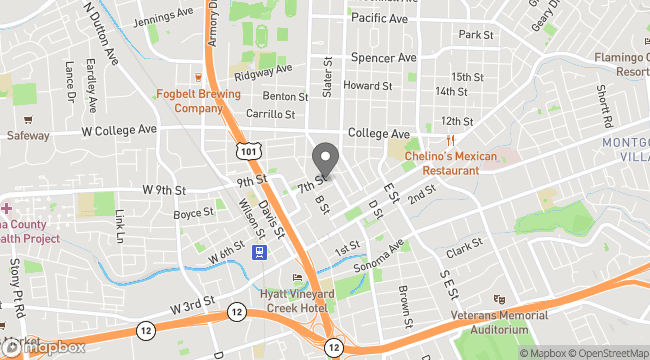 The California Theatre of Santa Rosa