"one of very few musicians who, having dedicated themselves to the guitar, have managed to bring together instinct and brilliant technique with the most refined musical and musicological preparation." SUONARE (Italy)

"one of the premier exponents of 20th-century music for the classical guitar...a truly outstanding and memorable musical experience." THE ROSETTE, Orange County, California, USA

"...a master of the instrument...an experience not to be missed!" CLASSICAL GUITAR (England)

"The transcendent quality of Yates' interpretative abilities was apparent in his wide-ranging program...it is this quality that sets him apart from his peers." STAR TELEGRAM, Dallas Classic Guitar Society, USA

"Yates plays with all profundity in undisturbed communication of the music. Technical perfection, tonal purity and a considered objectivity are all perfectly placed." AZIJNFABRIEK IN MUZERIJE, Bosch Auditorium, Den Bosch, Holland

"...a performing academic of the highest caliber - one of an elite breed of guitarists whose playing is every bit as impressive as his qualifications. CLASSICAL GUITAR, Euro-Wirral International Guitar Festival of Britain

He has been described as "one of an elite breed of guitarists" (Classical Guitar Magazine), praised for the "transcendent quality of his interpretations" (Fort Worth Star Telegram), recognized for his "musical instinct and brilliant technique" (Suonare, Italy).

A past prize-winner in such prestigious performance competitions as the Myra Hess (London) and the Guitar Foundation of America International Competition (Los Angeles), he has performed as recitalist and concerto soloist throughout the United Kingdom, the United States and continental Europe, as well as significant venues in East and West Asia, Eastern Europe, Scandinavia, South America, and Australia.

A committed interpreter of new music along with neglected historical works, he has been the first performer and/or dedicatee of music by such notable composers as Stepan Rak, Angelo Gilardino, John Duarte, Atanas Ourkouzounov, Mark Delpriora, Mark Houghton, Alan Lovelady, Sergio Assad, Clarice Assad and Elizabeth Vercoe; and has given first modern performances of such important rediscovered works as the Shand Premier Concerto, late eighteenth-century concertos by Vidal, Doisy and Viotti, and solo and chamber works by figures such as Regondi, LHoyer, Mompou, and Villa-Lobos.

His recordings with Reference Recordings-Naxos, Heartdance Music, Zillian Records, dbMusic, Aeolian Recordings, and CGSE include his widely-acclaimed arrangements of the Bach Cello Suites; with barirtone Allen Henderson, the first recording of important song cycles by John Rutter and Mario Castelnuovo-Tedesco; a recording of music by Lennon and McCartney, the first recording of late 18th-century Parisian concertos by Vidal, Doisy and Viotti; with Karl Wohlwend, the first recording of Carulli's period arrangements for two guitars of music by Beethoven, Mozart, Haydn and Rossini; a recording of the collected works of Francisco Tarrega; and a series of  didactic recordings, among others. He is also the featured guitarist in the DVD film Francisco Tarrega: Life and Music and John Bogdanovic’s highly-acclaimed DVD series Making a Concert Classical Guitar. His 1997 transcription and recording of the Bach cello suites received wide international attention, being described as "immaculate...a major landmark" (Classical Guitar), "elegant and persuasive, a transcription that makes history" (Suonare) "distinguished…refreshing" (Soundboard), "compelling and technically flawless" (American Record Guide). He is also the producer of Alan Mearns’ recent Billboard top ten recording J. S. Bach: Sei solo.

His numerous editions, arrangements and didactic works are published in the best-selling Stanley Yates Series with Mel Bay Publications, with Chanterelle Verlag / Schott & Co, and with his own imprint CGSE. This critically-acclaimed catalogue includes transcriptions of music by Bach, Albéniz and Vivaldi; performance editions of collected concert works by Matiegka, Rak and Shand, a series of originally composed didactic works, a best-selling guitar method, a widely-acclaimed extensive technique treatise, and several collections of graded student repertoire.

His scholarly articles dealing with the music of Bach, Villa-Lobos, Albéniz, Sor, and others have been published in ten languages.

A popular guest teacher and lecturer, he has presented masterclasses and lectures at numerous festivals, colleges, universities and conservatories, including the Royal Academy of Music London, the Royal Conservatory of Music Toronto, Glen Gould Professional School, the Royal Northern College of Music Manchester, the Guitar Foundation of America, the University Federale do Rio Grande do Sur Brazil, the Cleveland Institute of Music, the Manhattan School of Music, the Hong Kong Academy of Performing Arts, and many others. He has been an artistic advisory board and Soundboard Scholar editorial board member of the Guitar Foundation of America, an editorial board member of the Journal of the European Guitar Teachers' Association, and Guitar Forum Editor for the American String Teacher's Association. He has been described as "one of the leading pedagogues of our era" (Soundboard - Journal of the Guitar Foundation of America).

He received performance diplomas from Trinity College London and Sandown College of Performing Arts Liverpool (where he graduated with the highest pass in the history of the college) and post-graduate degrees from the University of Liverpool (with distinctions in performance and music analysis) and the University of North Texas (where he received the Morgan Dissertation Award for Excellence in Music Performance).

A resident of the United States, he is Professor of Music at Austin Peay State University, home of Tennessee's Center of Excellence for the Creative Arts. 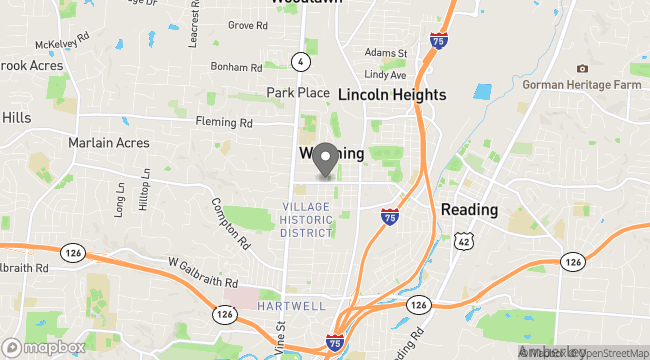