Bruce Bohnstengel has a Masters in Jazz Studies from the University of North Texas where he performed in the One O'Clock Lab Band. While at UNT he worked with jazz legends Louis Bellson, Marvin Stam, and Michael Brecker. You may have heard him in his many years on the Dallas Jazz Orchestra where he worked with such greats as Joe Williams, Bob Hope, Steve Allen, The Platters, Lou Rawls, and Tony Horowitz (trumpeter for Ray Charles). Bruce has received two Downbeat awards (Downbeat magazine) through his many large ensemble experiences. Bruce teaches saxophone to a number of Lovejoy students.

Chris McGuire holds a Masters in Jazz Studies from the University of North Texas, where he performed in the One O'Clock Lab Band. He currently teaches at the University of Texas at Arlington. He plays saxophone and clarinet with many bands - both locally and around the world. He has two children in the Lovejoy school district.

Texins Jazz Band is a full 18-piece big band. The group formed in the summer of 1986, sparked by an ad placed in a Texas Instruments company newspaper. The band separated from TI at the end of 2019 and operates as an independent 501c3 nonprofit organization. The majority of band members have degrees and careers in STEM fields (Science, Technology, Engineering, and Math). 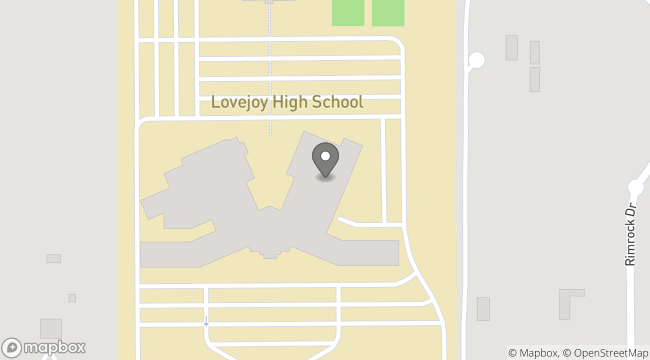 Texins Jazz Band is a 501c3 nonprofit big band based in Dallas, TX.