Stephanie Carson’s Kingsport, Tennessee-based and award-winning Gypsy Circus Cider Company opened a new taproom, Barrelhouse, in Knoxville in October 2020. The spacious addition included a kitchen (the Bohemian) and a separate event space they dubbed TAPestry. As Knoxville’s first meadery and cidery, Stephanie and her staff were excited to start hosting events in the 7000 square foot event space.

From comedians, drag shows, and even a cheese festival, Barrelhouse currently hosts about two ticketed events a month. This means Stephanie and her staff need a ticketing solution that easily facilitates smooth ticket sales, quick payouts, and an easy-to-navigate interface.

With ten years of experience at beer festivals, Stephanie was no stranger to navigating events. When Barrelhouse and TAPestry first opened, she chose a smaller ticketing platform for her ticket sales after hearing the difficulties many people had with Eventbrite, including lack of communication, difficulty obtaining technical help, and post-event payouts.

Despite trying to avoid the issues that came with the big platform, Stephanie found herself dealing with a smattering of red flags in her chosen platform.

“There were just some things that were popping up that were problematic,” she explained. The biggest problem was an increasing difficulty trying to obtain her ticket sale profits.

“The payouts always worked differently,” Stephanie elaborated. “They would do a cash deposit leading up to the event, but it had to be triggered by us. I would have to email and ask for the funds to be deposited.” She found herself spending a lot of time following up with the platform about her ticket money.

Not only was there no automatic or scheduled deposit sent to her account, it was also becoming increasingly difficult to receive the funds at all. Stephanie sometimes waited weeks after an event for complete payout.

Without the ticket sales it was complicated paying the entertainment, who Stephanie would often pay a portion of ticket sales. “Sometimes we will offer a base fee and then a percentage of door sales,” she explained. “With my previous vendor, I had to front the money so [the act] would walk out with their cash that night, or tell them they had to wait a couple days.”

As time between payments grew longer, awkward conversations and dipping into the taproom’s funds became more frequent. Stephanie began to worry about receiving the ticket profits at all, so she started considering a new ticketing solution for Barrelhouse.

Stephanie’s priority was simple and direct payouts from the ticketing software. Because of this, Stephanie viewed SimpleTix’s instant payments as an immediate benefit for her event space. Not having to chase after a third-party through email for her profits, or worry about paying the entertainment quickly, became her favorite feature about the platform.

“One thing I love about SimpleTix–you get a deposit each day from people buying tickets the day before,” said Stephanie. She didn’t have to wait until the event ended to receive her ticket profits, and there was no action required on her part.

“I have money the night of the event itself, so I have money in the account to pay the performer,” she explained.

Ultimately, SimpleTix has given Stephanie the freedom to not worry or waste time trying to receive her profits. “Now we have freedom to instantly pay them, wrap up the event, and I don’t have to email anyone to get the money,” said Stephanie.

Once Stephanie got used to receiving her ticket sales immediately, she discovered new benefits she hadn’t anticipated when selecting SimpleTix as her new event ticketing software. Namely, SimpleTix’s event URL system. “Before [SimpleTix] we would have a website unique to the event itself,” she explained. “For SimpleTix to have the one URL to promote helps.”

With one URL, Stephanie can promote multiple events at once, offering additional marketing and publicity for the various events at TAPestry.  Potential guests can now “go to our official ticket website and see all events with tickets up for purchase, not just the event they were looking for,” Stephanie said.

An easy-to-navigate ticket site could be the culprit for a noticeable growth in ticket sales. “The website is user friendly, and I have an easy time making an event. I feel our ticket sales increased after we switched over,” elaborated Stephanie.

Plus, Stephanie isn’t limited to online ticket sales. She can sell tickets on the premises with SimpleTix, allowing for increased profit.

Transitioning from her previous ticketing software to SimpleTix was simple. Once she made the decision and scheduled her onboarding, her account was set up and ready to use in an hour or two. Since implementing a new system can add additional work to set up and get used to, having everything ready to use so quickly was also a benefit.

While Stephanie doesn’t host events that would necessitate timed-entry ticketing, she has hosted a few events where she was able to customize certain aspects to maintain a safe and healthy atmosphere. She explained: “We had a drag show the other night, and I limited seating to 75 out of a 120-person capacity so people wouldn’t be on top of each other.”

She has also experimented with upgraded ticket options for VIP or add-ons at different events, allowing her to create versatile ticket options and let her guests customize their experiences.

Overall, Stephanie is delighted with the straightforward service SimpleTix provides. From instant payouts to its easy-to-navigate system, selling tickets is just easy with SimpleTix.

SimpleTix has offered an affordable, premium event ticketing platform that outperforms Eventbrite and similar apps for over 12 years. Compared to the competition, SimpleTix offers better options at a better price point. To learn more, call us at +1 (855) 550-3670 or email us here. 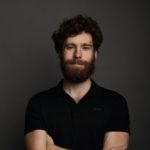 Riley Manning has worked as a travel and entertainment writer for more than 10 years. Today, he writes about unique events and the technology that helps make them happen.